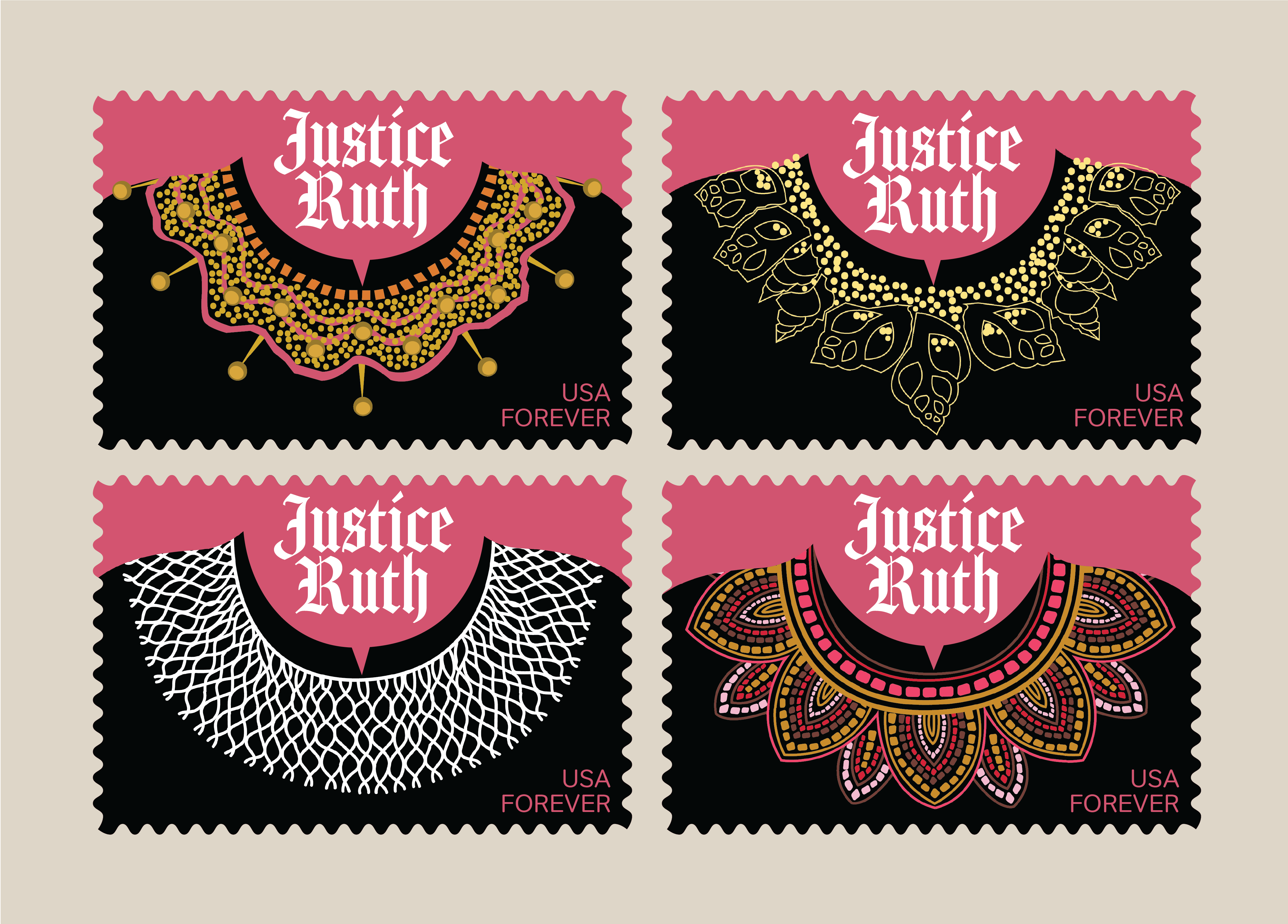 ASSIGNMENT: Design a four-stamp US postal service series that is rooted in and celebrates American history, culture and/or diversity.

RUTH BADER GINSBURG, ASSERTING FEMININITY IN A MALE DOMINATED SPACE
As the second woman to serve on the Supreme Court, Justice Ginsburg played a key role in furthering gender equality in America. After being appointed in 1993, she noted how the traditional robes were designed for men, with a place for a shirt collar and tie. This eventually led to Ginsburg’s famous collar collection, which were an impressive assortment of gifts and purchases made from a wide variety of materials. Her fashion choice not only added a personal touch, but made a feminist statement and often symbolized critical issues. Seen in her official Supreme Court portrait and on the cover of TIME Magazine, Ginsburg wore her favorite white beaded collar. She often wore the intricate yellow neckpiece during her majority opinion announcements to the court. The justice was often given neckwear from her colleagues and supporters, such as the seashell collar gifted by a student from the University of Hawaii. When she wasn’t in court, Ginsburg would wear this pink beaded collar to officiate weddings.

OUTCOME: A thoughtful and striking homage to some of the many collars Justice Ginsburg wore to call attention to women and diversity