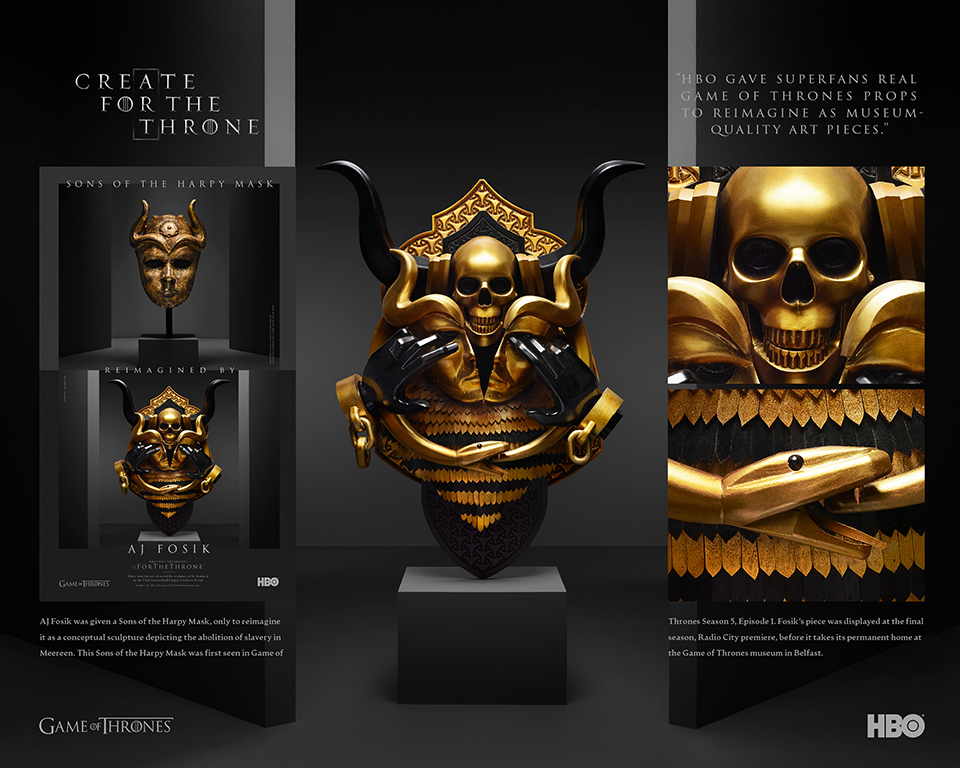 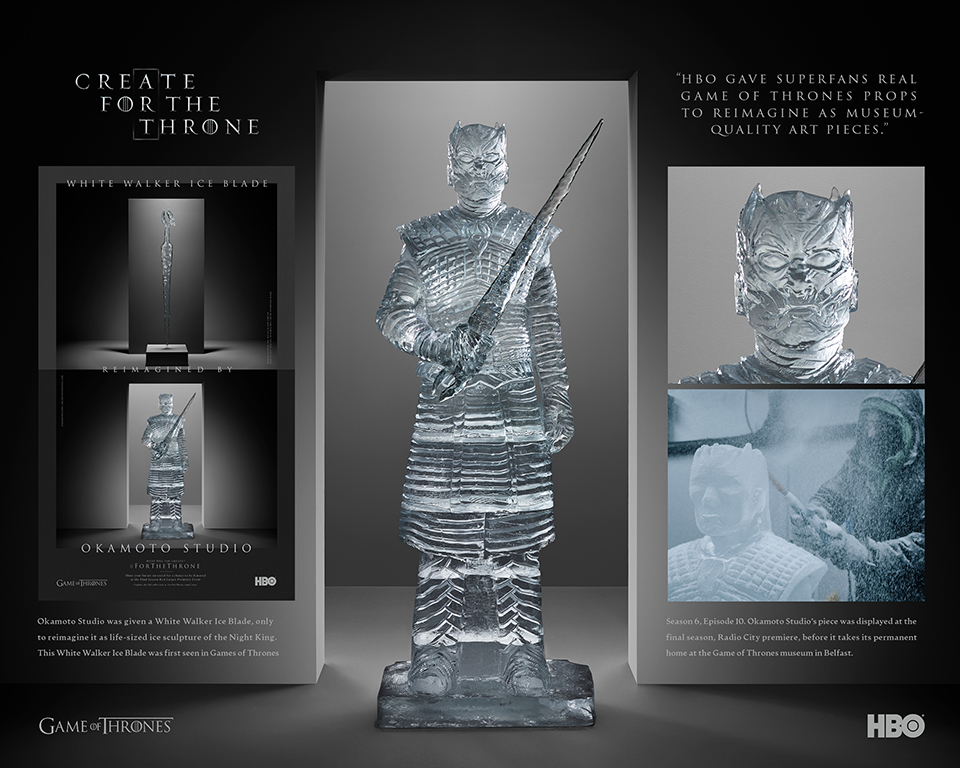 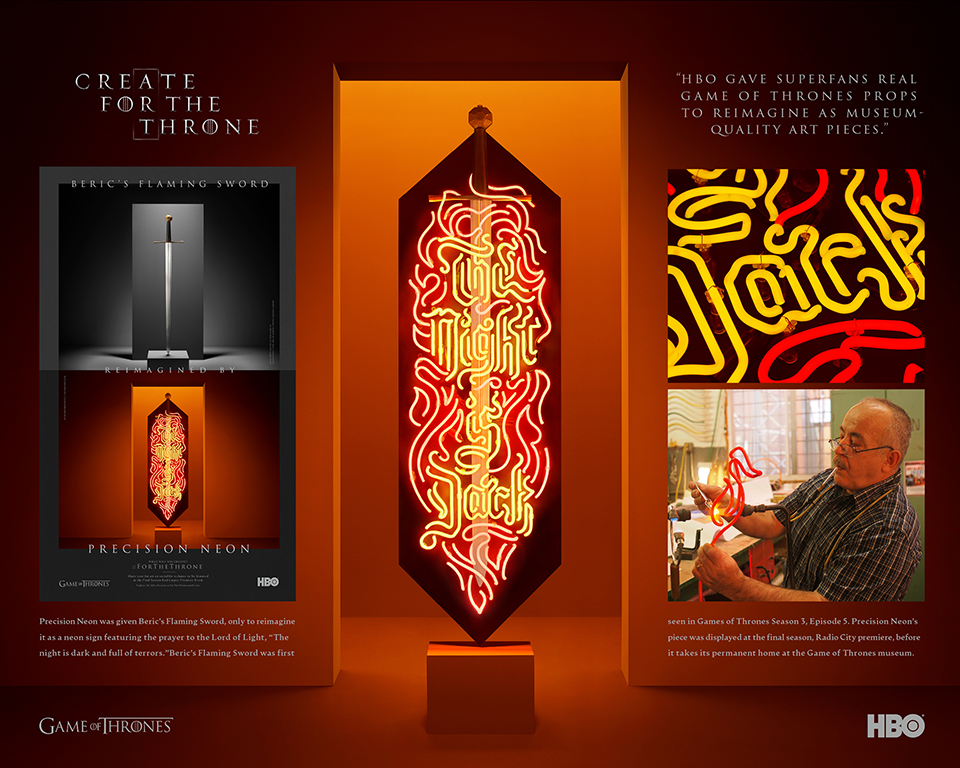 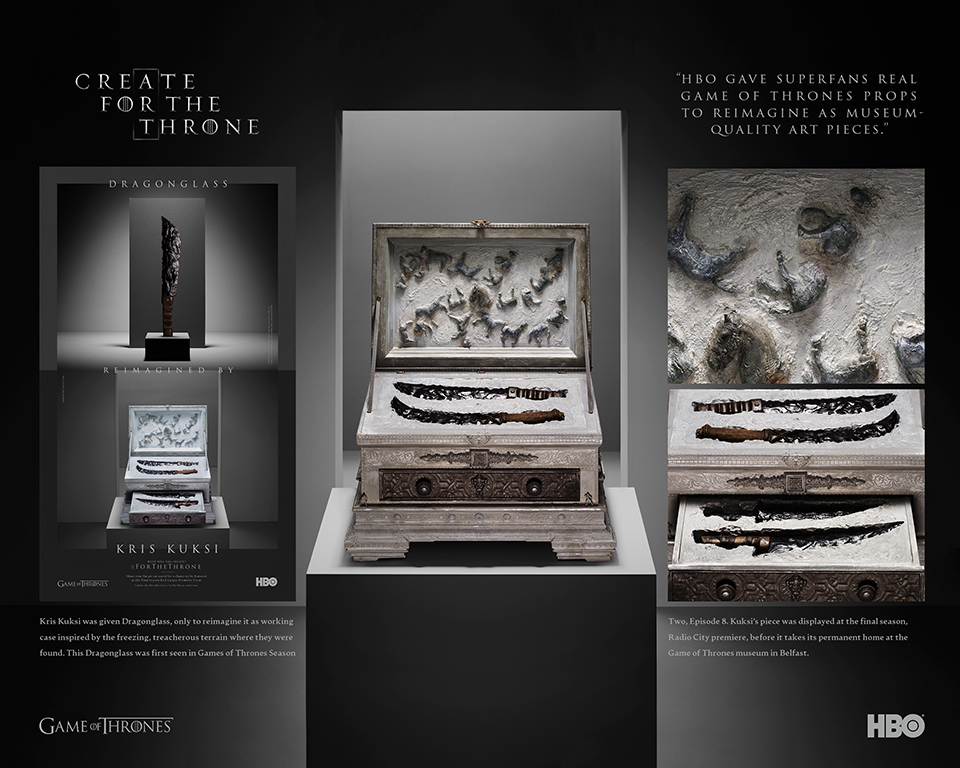 Over the past eight years, Game of Thrones has become a global phenomenon, amassing an army of over 30 million fans. Within this massive fanbase are the world’s most creative fan artists. They’ve done everything, from creating portraits of their favorite characters using table salt, to whittling the tip of a lead pencil into a Stark wolf, to building an entire scene from the show using carved fruit. They’ve done cross-stitch, fine-art painting, cartoon drawing, tattoo, cosplay, illustration, song-writing.

For the final season, HBO wanted to thank this engaged, creative fanbase – and give them a creative opportunity that would raise the bar on fan creation.

To do so, HBO went into its archives and unearthed some of the show’s most iconic props, including Jaime’s golden hand, Beric’s flaming sword, a White Walker ice blade, and Kingsguard Armor. They gave 18 of these props to 18 different fan creators from the world of visual arts and design. The artists were given the opportunity to impact the show’s history itself, delivering on the prompt: What will you Create #ForTheThrone?

The resulting series of commissioned works formed the basis of a multichannel outreach effort encouraging Game of Thrones fans everywhere to show off their creativity and skill by posting their own original Game of Thrones artwork online.

HBO used its platform to highlight the incredible resulting works, turning them into murals in Brooklyn and Venice Beach, sharing them to their tens of millions of social followers, editorial sites, and even displaying them at the Final Season Premiere Party in NYC.

After eight seasons of cultivating a legion of creative and digitally engaged super fans, HBO raised the bar on user generated content – and how brands engage their fandoms.