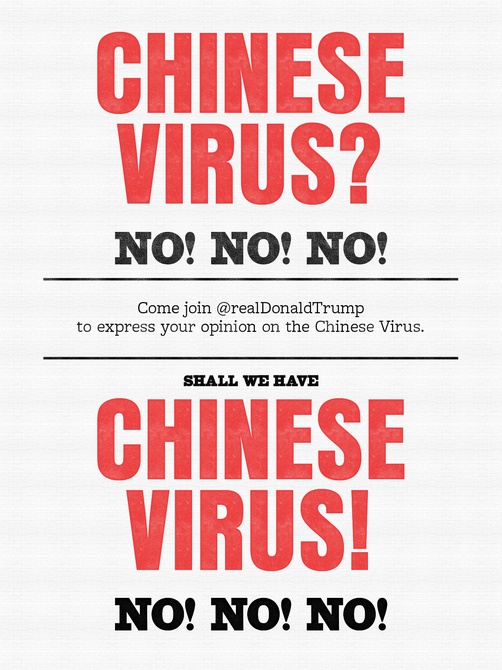 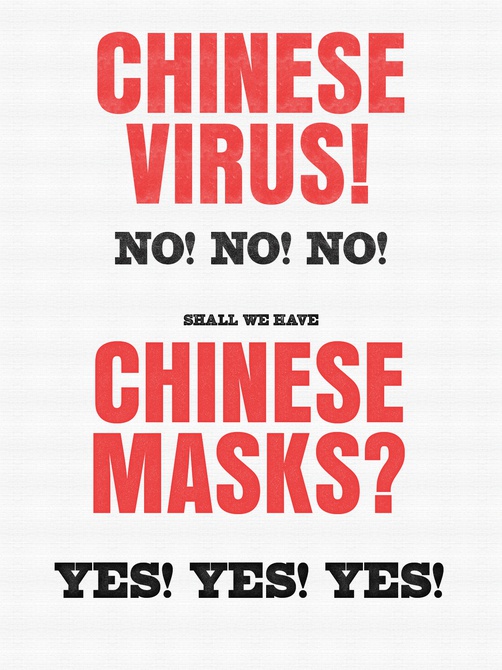 Donald Trump standing at a podium spouting catchphrases such as the “Chinese Virus” and “The Kung Flu” to the elation of his followers highlights the regularly shifting attitude of China and Chinese immigrants throughout U.S. history. From the anti-immigrant politics of the “Coolie Question” during the California Gold Rush to the “Model Minority” stereotypes in the civil rights era, Asian immigration has always had an ebb and flow with the attitudes of the American social and political system.

Inspired by the July 23, 1892's Anti-Chinese Handbill Poster, I intend to create two posters to satirically communicate the parallels in American history regarding Chinese Immigrants.