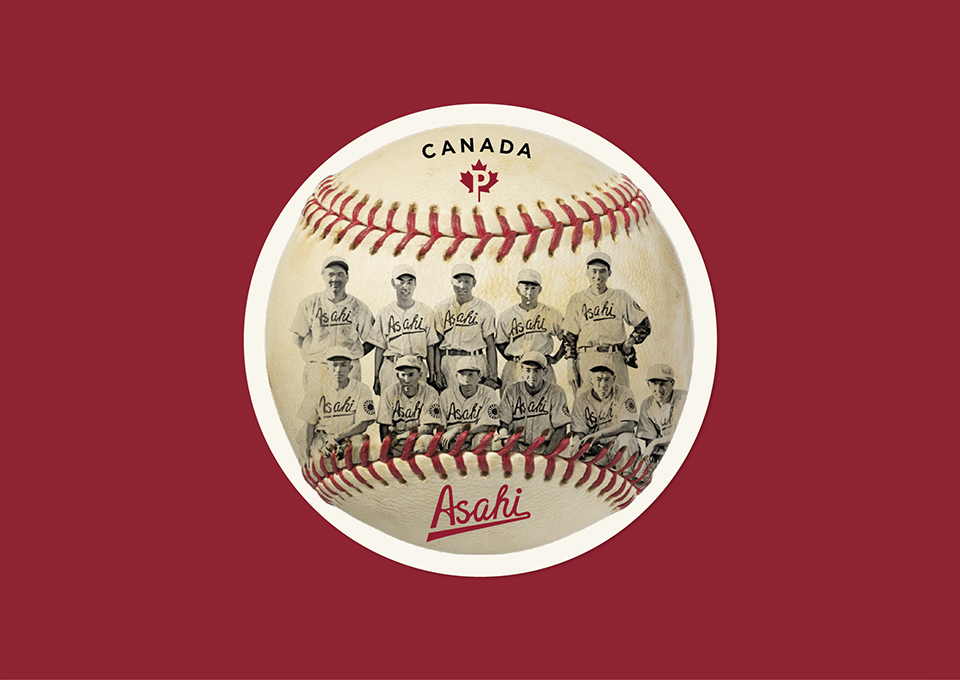 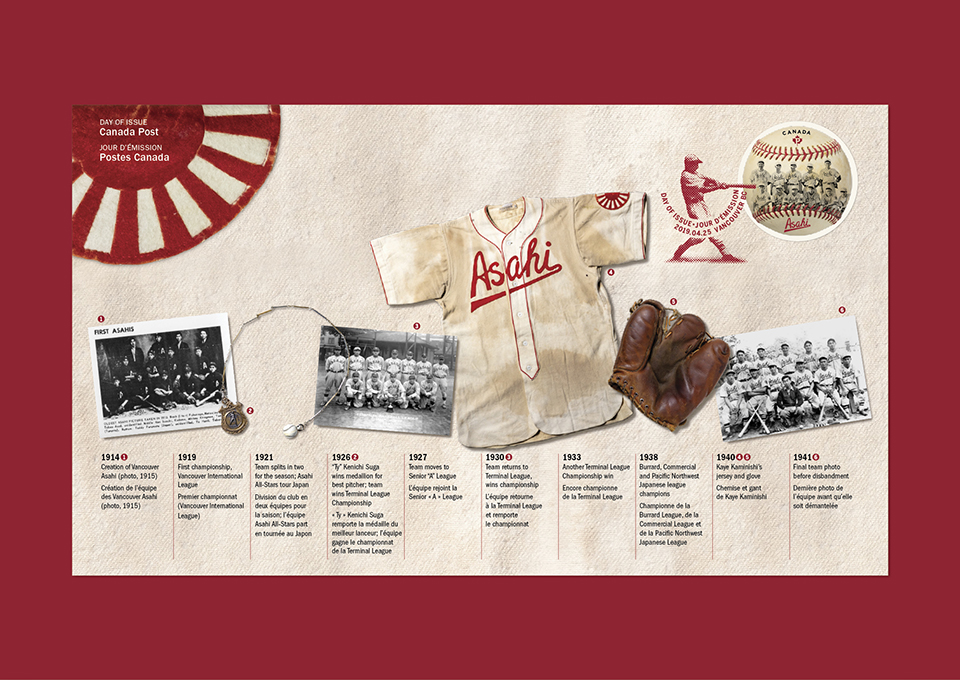 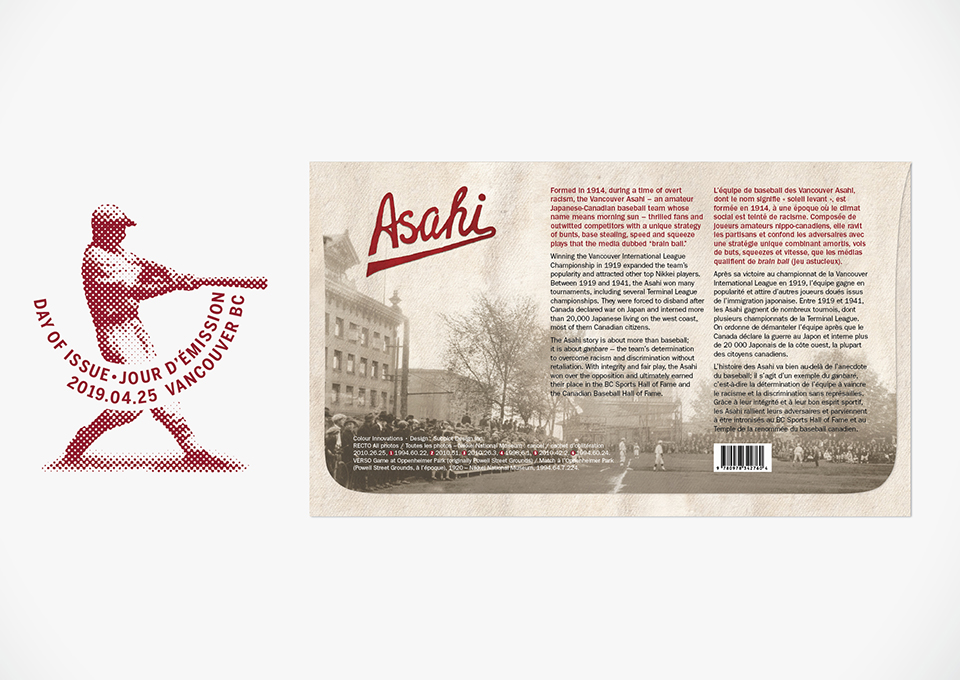 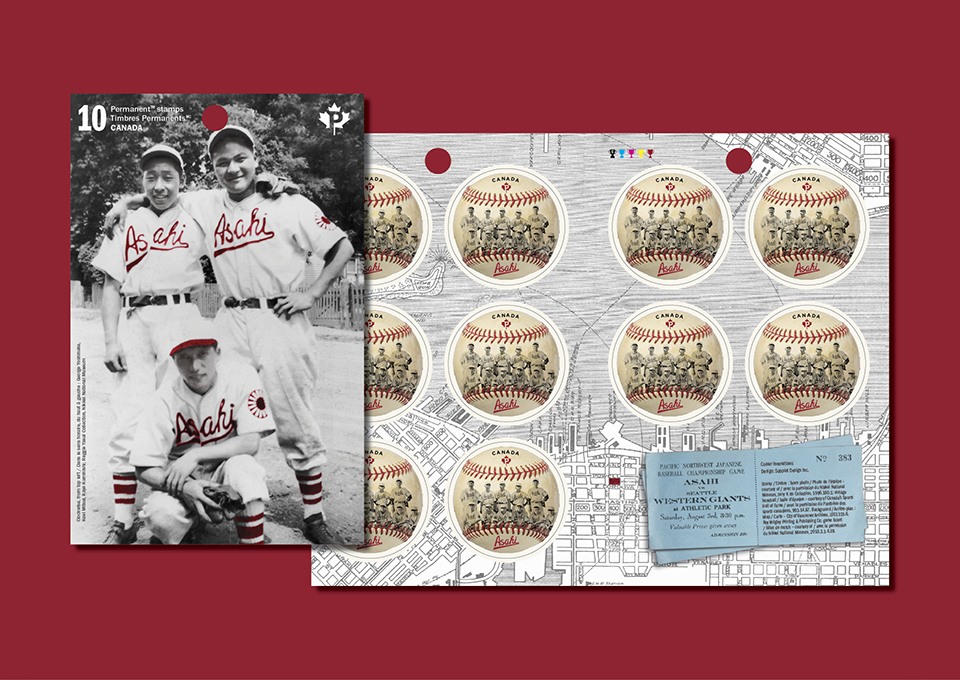 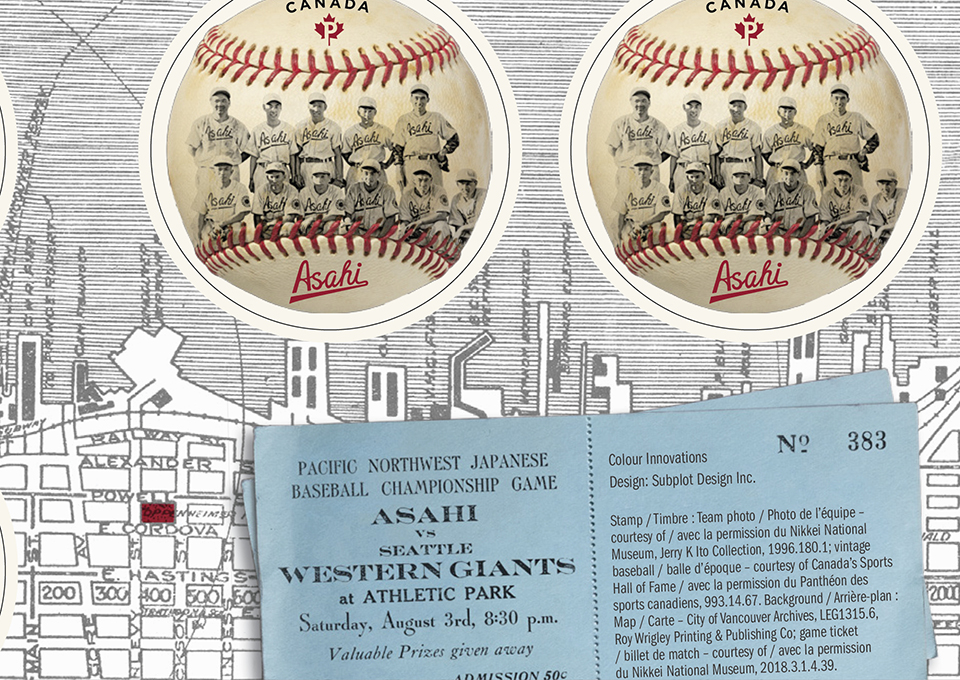 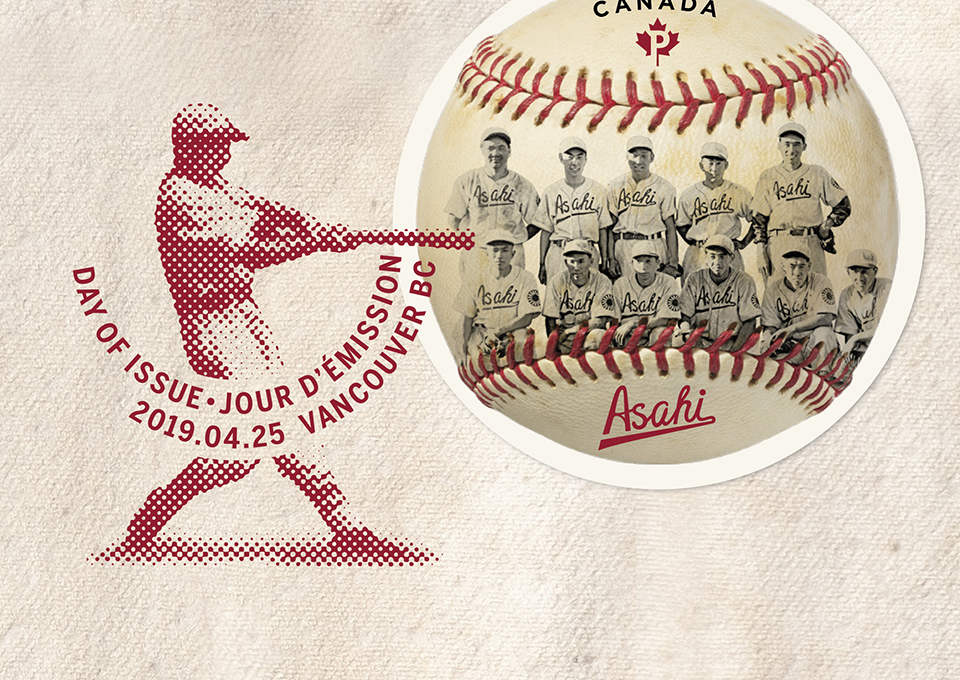 Subplot created this single, custom shaped stamp to commemorate the Vancouver Asahi baseball team. The stamp shows a game ball overlaid with an image of the final team formation of 1941. Additionally, a booklet of 10 and a First Day Cover were produced featuring the team’s history in more detail.

“As with every project we approach, we started out with extensive research into Asahi history. We found out that the team’s home playing field was located in what is now Vancouver’s Oppenheimer Park, which is located just a few blocks from our studio location,” says Roy White, Subplot Founder & Creative Director. “The team is such an integral part of Vancouver’s history, yet often so little is known about them outside of the Japanese community. That made this an even bigger passion project for us”.

Kaye Kaminishi, a third baseman and at 97 the last surviving member of the Vancouver Asahi, helped unveil the stamp at the Nikkei National Museum & Cultural Centre, he was joined by players from the Asahi Baseball Association, which was inspired by the original team.