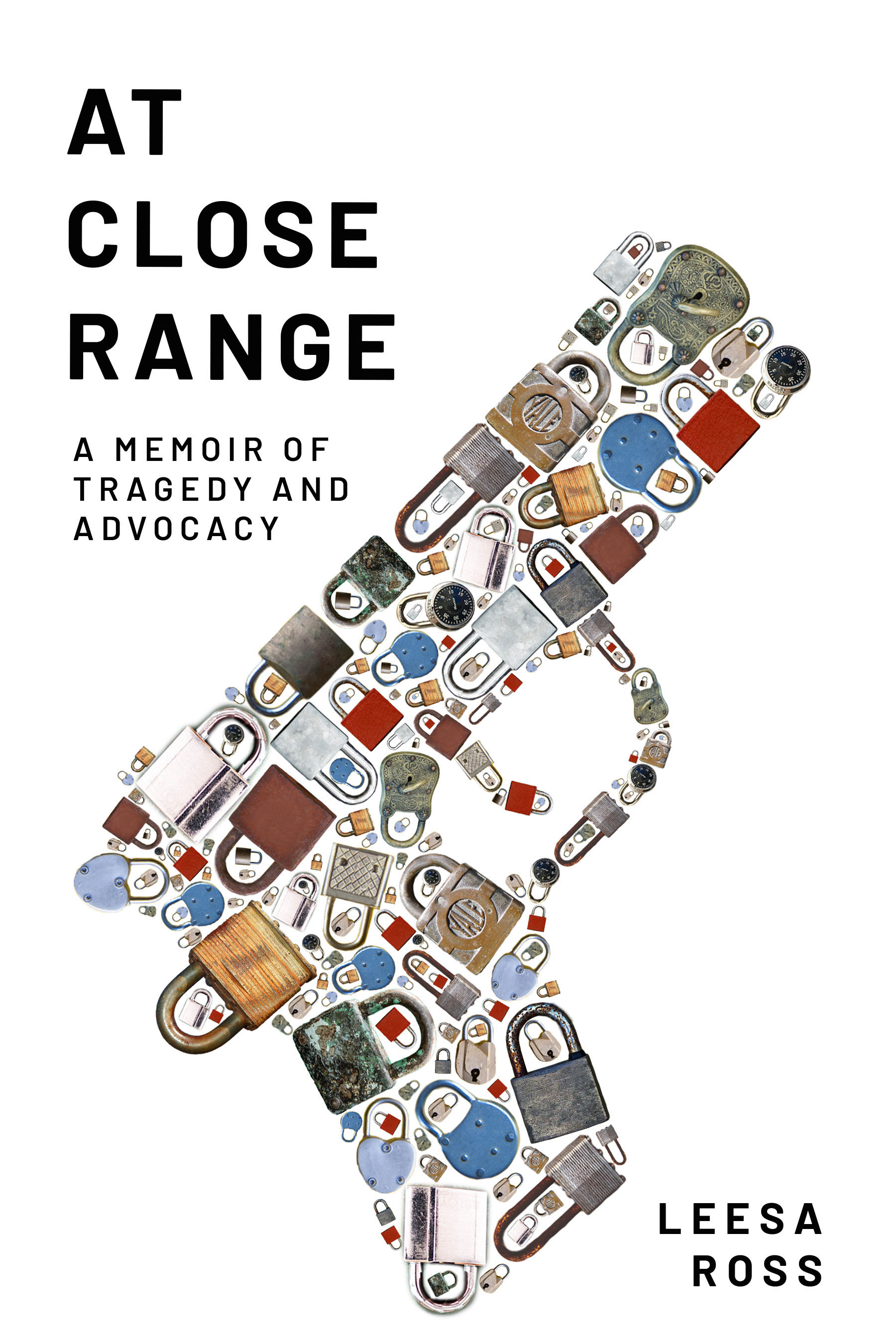 At Close Range is a memoir about a mom who lost her son to an accidental shooting and then follows her as she goes on a quest for more gun safety in America. Along the way she joins Moms Demand Action, a non-profit for gun control and safety, and also the NRA. She also starts her own non-profit, who’s logo features a gun and a lock combined. We wanted this cover to be loud, since her main objective through most of the book is activism.

The idea for a gun made out of locks was originally inspired by the logo for the author’s non-profit that features a combination of a gun and a traditional lock. Gun locks themselves are harder to portray, so a traditional, non-gun lock seemed to get the point across in a clearer way. Along with the typeface, the color of the text and variety of colors shown among the locks help to create a bolder feel throughout the cover. The central theme of activism and also the roughness of gun culture are both things that are supposed to be loud, and we wanted that to be represented. Building the image of a gun out of locks is intended to create an experience where the gun is seen and connected with the title, and upon closer inspection it’s noticed that the gun is in fact made of locks. This ties in with a theme of the book, which is that guns are just fine – when used safely.

While not really a client, the author of the book really loved the cover and what it portrayed.