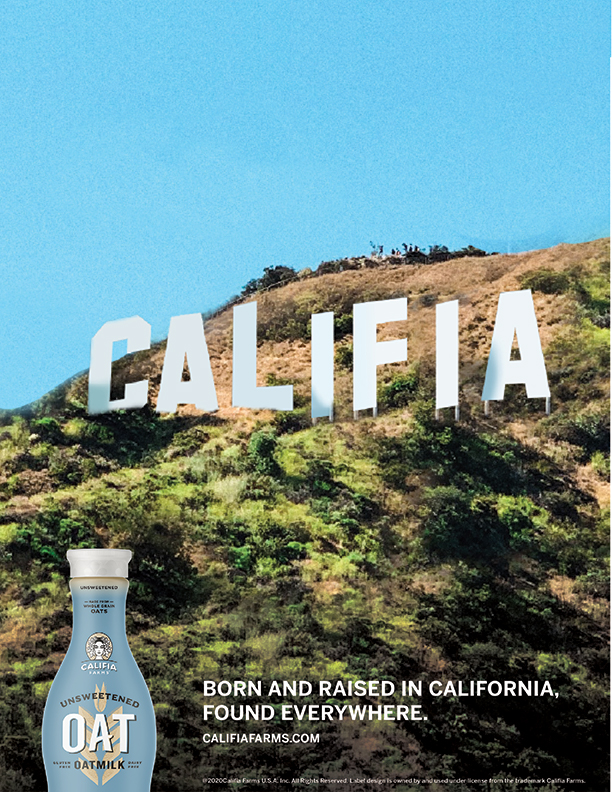 For this project, we were tasked with creating an ad for a brand we really love. I chose to do
Califia Farm's oat milk which is a staple in my fridge.

Califia Farms is a company with close ties to the state California. Not only is the founder of the company a California native, but the name of the company itself comes from the state. Queen Califia is a majestic warrior queen who is best known as the namesake for the state of California. In order to capture this tie to California, I chose the most well known landmark in the state- the Hollywood sign. After a tedious couple hours in photoshop I was able to manipulate the Hollywood sign to say Califia instead. The bottle of oat milk pops out from the corner to show the product advertised, and the headline further pushes the concept.

I was super pleased with how the photoshop work turned out, and really like the ad at completion. My peers and professor also liked the concept and how I transformed my idea into reality.