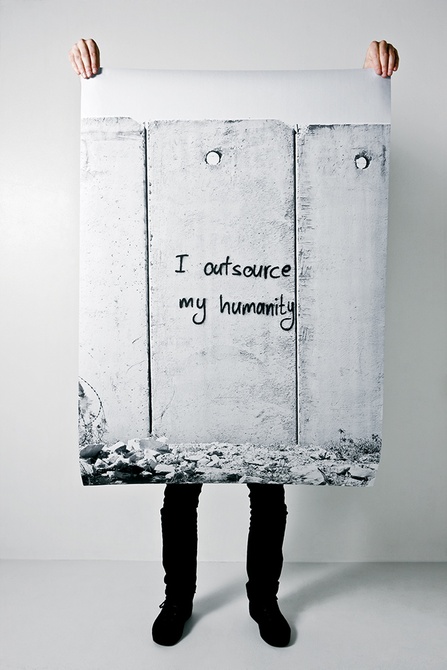 The project, EyeSaw is an annual event that invites Australasian designers to create and install a piece of visual communication on the walls of Omnibus Lane in Sydney. Designers were invited to respond to the theme “Humanity/Equality.” For this poster the response to the brief became the act of commissioning the image. Faris Arori, a 27 year old Ramallah resident leads a team of volunteers that will write a message on the wall dividing Palestine from Israel for anyone willing to donate 30 Euros. Risking their own safety they give participants a chance to express themselves while raising awareness of “the physical presence” of the wall. The message “I outsource my humanity” is both a description and commentary on the act of its creation.