Bowl for the Brave 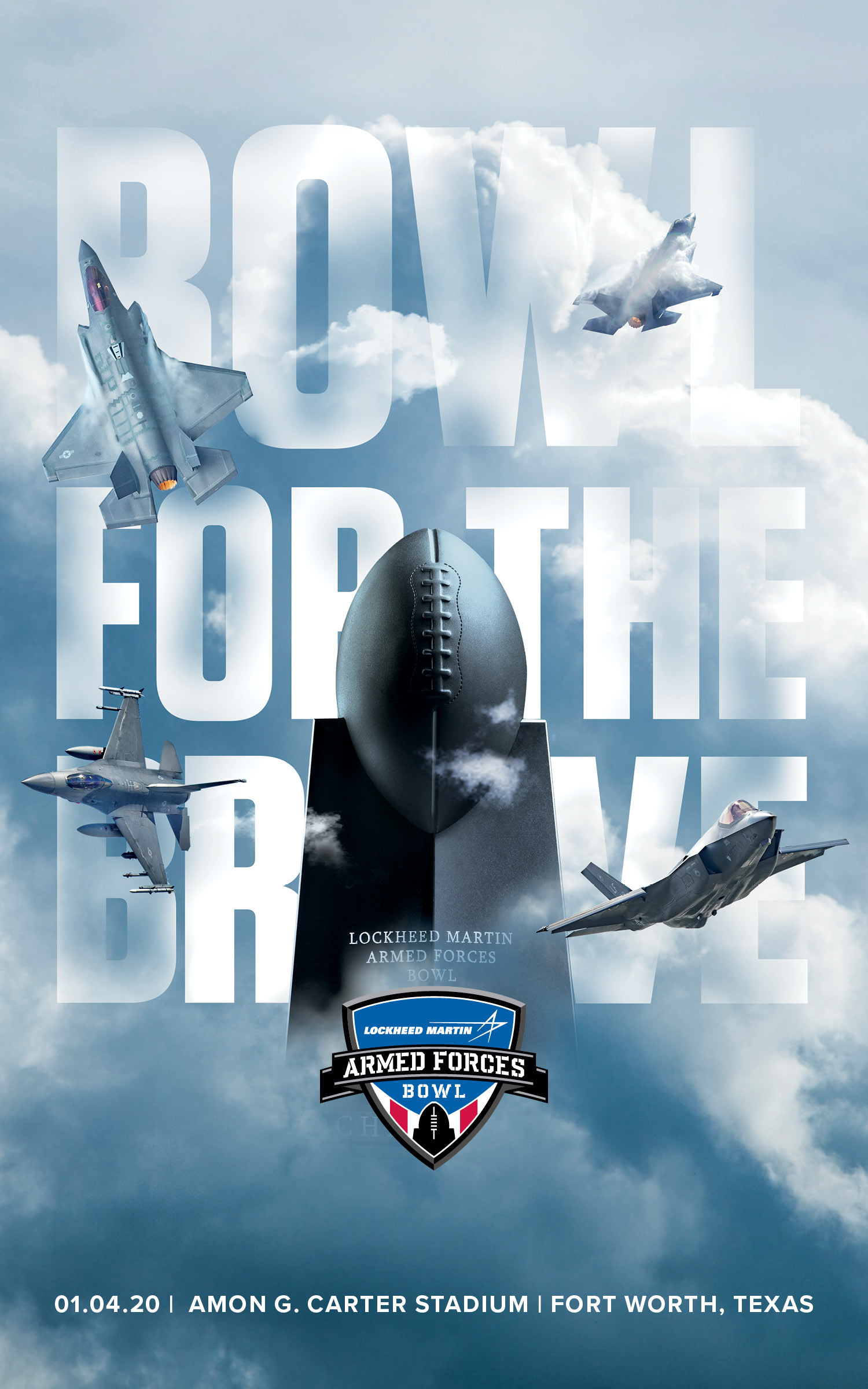 Creative a unique and distinctive poster for the 17th annual event that engages the core demographic, veterans, armed forces members and their families, while engaging local college football fans with no participating team affiliation.

As the rare football event that does not promote a consumer package good or service, we have to create and engage a local community that has multiple sporting options in the 5th major media market. Our concept of Bowl for the Brave says it all. We engage locals by letting them know that this event honors past and present armed forces members. Our poster featured the trophy design we concepted, Black to honor those that have given the ultimate sacrifice. The trophy is molded from actual decommissioned parts from all 5 branches of the military. The black marble base is an homage to the Vietnam Veterans memorial. We incorporated Lockheed Martins F35 & F16's built in Fort Worth, Texas. Only flying four jets, letting veterans and armed forces members know this is the missing man formation.

With the team matchup this season, we were not expecting much. In a 44K seat stadium we had recorded attendance of 38K, well above expectations for two teams that have small fan bases.