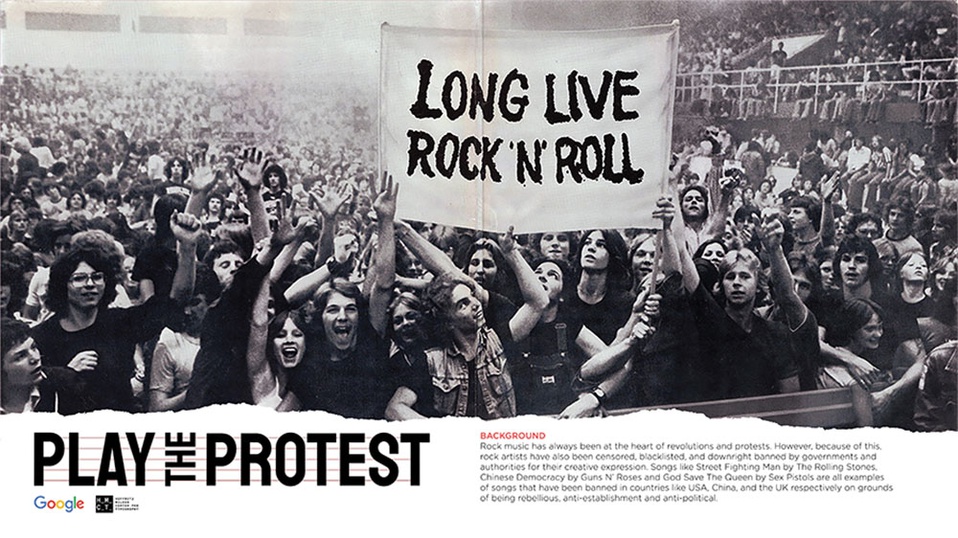 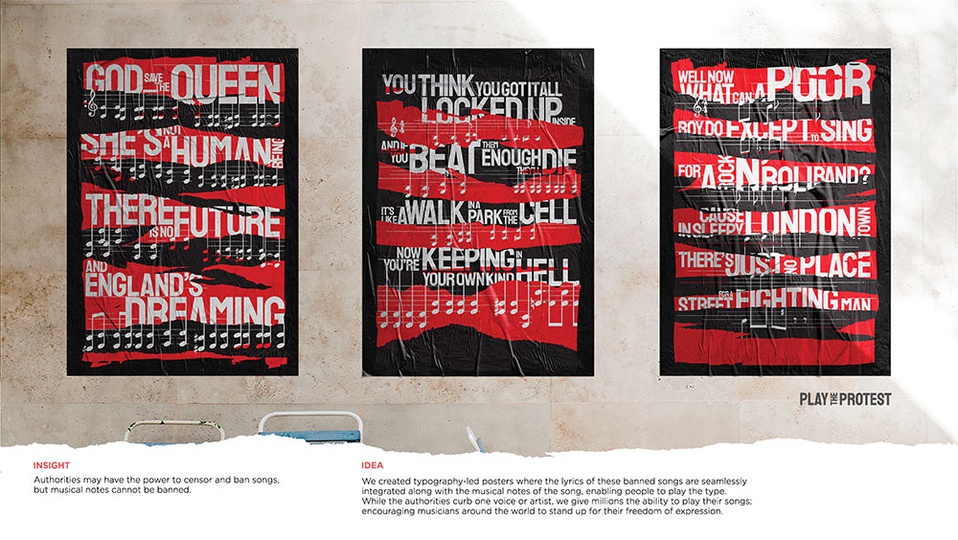 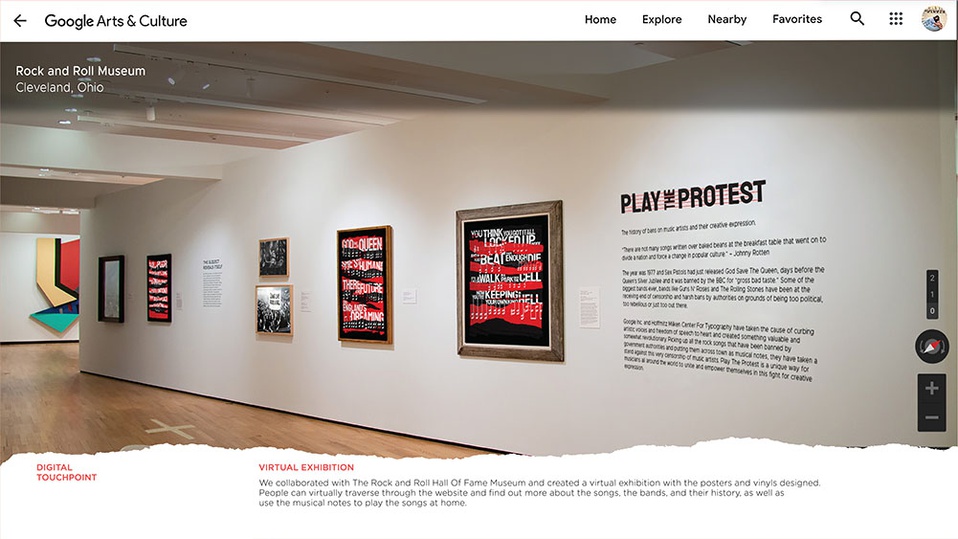 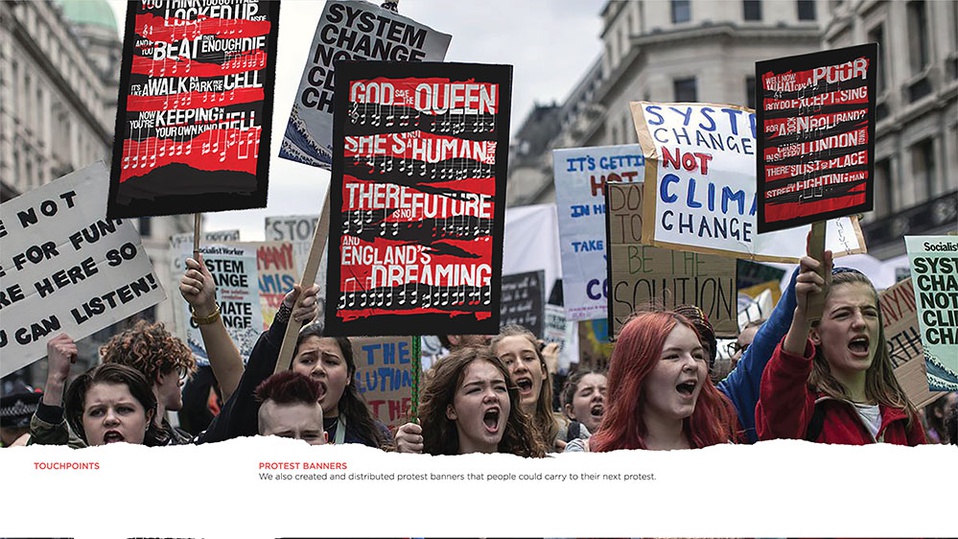 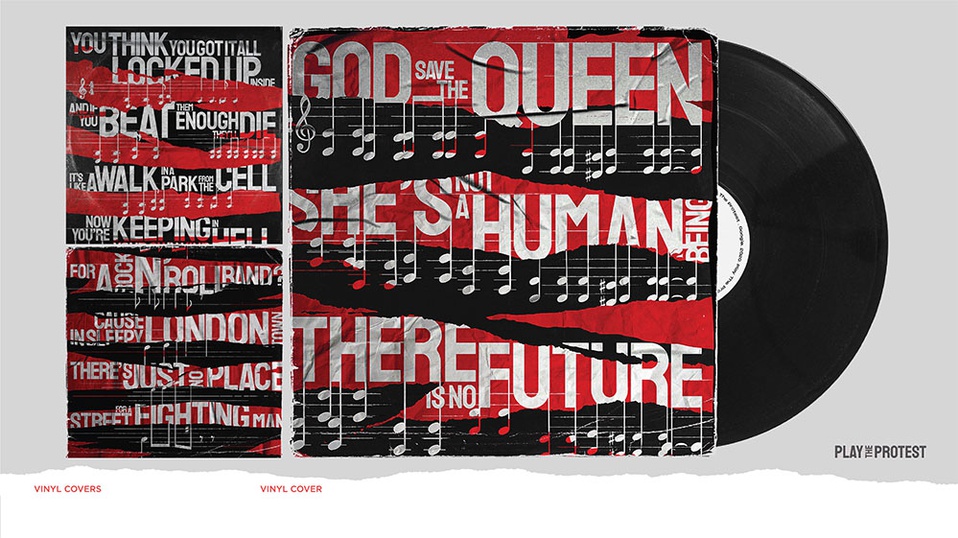 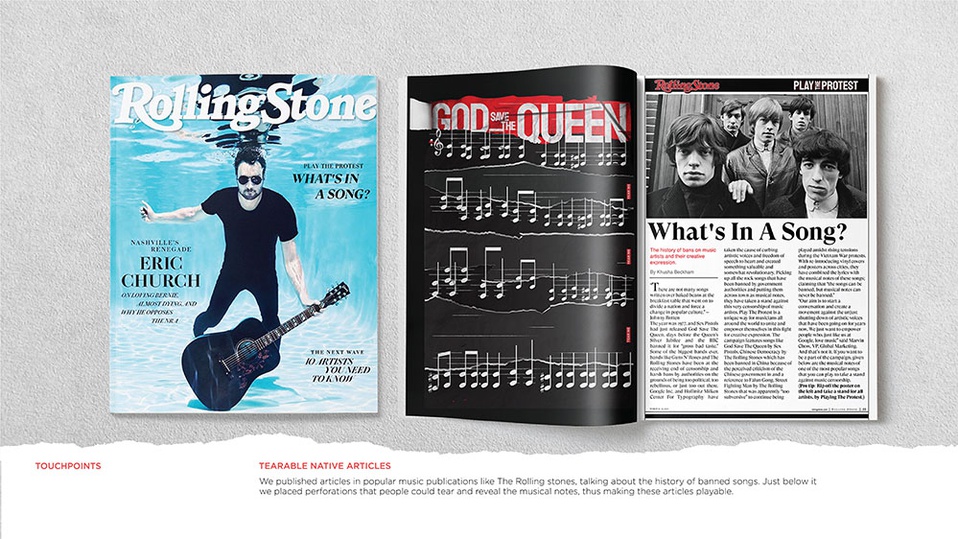 Rock music has always been at the heart of revolutions and protests. However, because of this, rock artists have also been censored, blacklisted, and downright banned by governments and authorities for their creative expression. Songs like Street Fighting Man by The Rolling Stones, Chinese Democracy by Guns N’ Roses and God Save The Queen by Sex Pistols are all examples of songs that have been banned in countries like USA, China, and the UK respectively on grounds of being rebellious, anti-establishment and anti-political.

Authorities may have the power to censor and ban songs and music artists, but musical notes cannot be banned. We created typography-led posters where the lyrics of these banned songs are seamlessly integrated along with the musical notes of the song, enabling people to play the type. While the authorities curb one voice or artist, we give millions the ability to play their songs; encouraging musicians around the world to stand up for their freedom of expression.

These posters can then be part of Virtual exhibitions through Google Arts and Museum, Tearable Native Articles in popular magazines and also in actual protests.