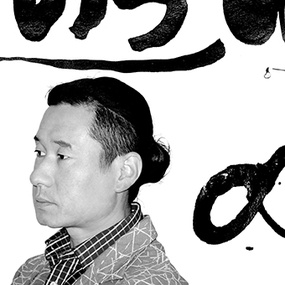 Zhongjun Yin, founder and creative director of RYCX Design, graphic designer. He was born in Dalian, China in 1969 and has a professional resume of more than 26 years. He focuses on the independence of ideas and encourages pioneering exploration and experimentation with adventurous spirit. With the unique forward-looking concept, the company is specialized in blending the art into the business and The Chinese and Western cultures, to perfectly express the diversity and infinite possibilities of design aesthetics. His work covers brand visual design, fonts, posters and spaces. He has won many domestic and foreign awards, including the Graphis Annual Platinum Awards in New York, the China International Poster Biennial Gold Award, the Shenzhen International Poster Festival Gold Award, etc., and has been selected for many times in Colorado, Toyama, Mexico and Golden Bee.