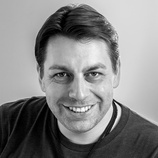 During his carrier, Vitaly Stavitsky received more than 40 awards and prizes at international and Russian competitions and festivals in the field of advertising and design, such as the American GOOD DESIGN Award (existing from 1950) in 2005 and twice in 2008, annually reward since 1950 in Chicago Athenaeum Museum of Architecture and Design for outstanding achievements in design, multiple awards at the Moscow International Advertising Festival (1st place in 2002, 2004 and 2007, 2nd place in 2004, 3rd place in 2005 and 2011, special prize in 2001 and 2002), the Russian National Prize "Victoria" in 2001, 2003, 2004, 2006, 2007 and 2016, "GRAPHIS Poster Awards" in 2004, Silver Award in "GRAPHIS Poster Annual" in 2014 and 2018, Gold Award in GRAPHIS Poster Annual 2017 (USA), Diploma of the "Academy of Graphic Design" for contribution to the development of design, "Special prize" at the international triennial of the Ecological Poster "the 4th Block", rewarded by the Minister of Culture of the Russian Federation for his great contribution to the development of the Design and long-term fruitful work.