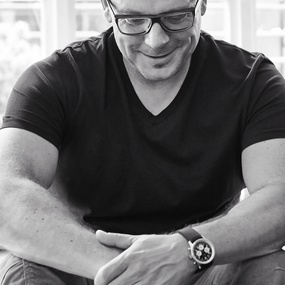 Vince Frost is the founder and Executive Creative Director of Frost*collective, Sydney. Before starting Frost* Design in London in 1994, Vince was the youngest Associate Director at Pentagram. In 2004, he relocated to Sydney and, as Creative Director of Frost* Design, has lead a wide range of projects for clients such as Deutsch Bank, Qantas, Frasers Property and Sydney Opera House. Vince is an Executive Committee member of D&AD, a member of AGI (Alliance Graphique Internationale, Switzerland) and a Honourary Fellow of ISTD (International Society of Typographic Designers, London). In 1996, Vince was awarded Designer of the Year at the Chartered Society of Designers, and he has since received numerous creative awards from D&AD, Art Directors Club (New York and Tokyo), The Society of Publication Designers New York and AGDA Australia. Vince’s second book, Design Your Life®, was published by Penguin in November 2014 and is available for purchase at designyourlife.com.au