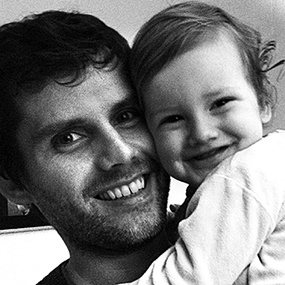 Adjunct Professor at the School of Design (ESD) of the Polytechnic Institute of Cávado and Ave (IPCA); Director of the master's degree in Digital Design; and Coordinator of the Disciplinary Area of Communication Design. Since 2008, he lectures at IPCA in the degree courses in Graphic Design and in the Master in Digital Design. ID+ Integrated Researcher (Institute for Research in Media Design and Culture), regularly attending conferences and international scientific publications in the field of Communication Design; and Founder and Chairman by DIGICOM - International Conference on Design & Digital Communication. As a designer, he has developed projects for several reference institutions, namely the Portuguese Football Federation, 11 TV Channel, the Portuguese Professional Football League, the Oceanário de Lisboa, Saludães, ASA, Camport, Ambar, Porto Digital, the University of Porto, the University of Minho, IPCA, the RAR Group, Interforma, Eurotux, Laborial, the National Museum of Ancient Art, the Portuguese Meteorology Institute and the Caminha City Hall.

Nuno Martins is PhD in Digital Media (2013) from the University of Porto, having been a doctoral fellow of the UT Austin-Portugal Program of the Foundation for Science and Technology; Master in Multimedia Art (2007) and a degree in Communication Design (2003) from the Faculty of Fine Arts of the University of Porto. In 2002, during his undergraduate degree, he was a fellow of the Socrates / Erasmus Program, having studied at the Willem de Kooning Academy - Hogeschool Rotterdam, in the Netherlands.