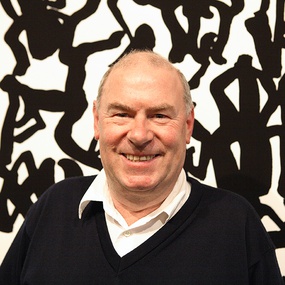 Studied Graphic Design at the Art School of Lucerne. After studies Art Director in Paris. Own Graphic Design Studio since 1973. Organizer of Jazz concerts (since 1966) and an annual Jazz Festival (since 1975) in his home town Willisau.

From 1998 to 2013 professor at the State Academy of Fine Arts in Stuttgart/Germany.

He is a member of AGI (Alliance Graphique Internationale) since 1989.