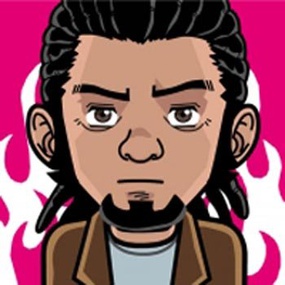 Graphic designer born in the city of Puebla, Mexico, graduated by the Benemérita Autonomous University of Puebla. Among the positions and functions developed are: coordinator, teacher and thesis adviser in the degree of Graphic Design at the School of Sciences and Humanities Puebla. In addition to the teaching work, there have been diverse participation in natio- nal exhibitions, among which we can mention: poster con100te 2011, I Love Design 2012 and 2014 rock in paper 2013, 1 UP Mexico 2013 and 2015, 40 ideas in Jalapa Veracruz in the Faculty of Arts. He also participated in national competitions such as the 13th International Poster Biennial in Mexico 2014 in which he was one of the selected, twice finalist in the design magazine awards in 2014 and 2015 in the poster category. Regarding international exhibitions, it has been selected in a 2011 not to forget poster, Hope for Japan 2011, Recolor for Somalia 2011, save the Tipnis, 2011, Triennial The 4th block 2012, Triennial of Toyama 2012, Shows Your Type in Different editions like Moscow 2012, Rio de Janeiro 2013, festival offf Spain 2013, Tokio 2014, reykjavik 2015, 12èMe Sofia 2013 and the Biennial of poster Bolivia BICeBé 2013. Among the mentions awarded is the fact that he has been part of the MUTZURWUT 2013 in Germany, AGIDE 2014 Asian Graphic Design Invitation Exhibition, jazz in the ruins Poland 2014, first japa group social poster 2014, besides being part of the selection committee of the Poster contest Led by life 2012 and gender equality 2012, the first organized by the IPM (Insti- tute Poblano de la Mujer) and the second by the IPJ (Poblano Youth Institute), third place in the cow poster Ukraine 2015, Selec- ted in Triennial of Stage Poster Sofia 2016, also selected in Jazz in the ruins Poland 2016, and active member of AMDI Mexican Association of Illustrators.