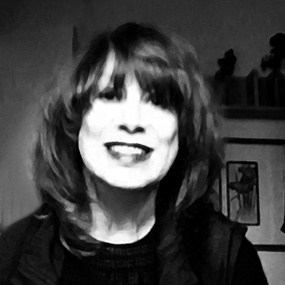 Lisa Powers was born in the south of France. She moved with her family to New York when she was ten years old. She began learning photography when she quit her day-job as proof-reader in a small advertising agency for a job as the cleaner/janitor in a large commercial photo studio. Her ambition was to become a professional freelance commercial photographer and she learned by watching the studio photographers shoot in the daytime, then shooting for herself with models at night. She learned more by artistic experimentation than technical correctness since she had absolutely no technical knowledge. This was in the film era, long before digital cameras. She became one of the few women working successfully in commercial photography, an industry which was/still is largely male-dominated. In 2008 she did the “BIG SCARY” thing… She relocated with her four kitties from New York to New Zealand. It took a while for her to settle her new country, but when she did she took her photography in a new direction: Photographic Fine Art.

I don’t capture pictures, I create them from nothing in my studio… not as one would perceive them in reality but as imagined images. To do this, I build from an idea. Choosing the right model to direct is crucial. I am completely self-taught and perhaps because of that, I am fearless. I love mixing analogue film elements with digital effects.