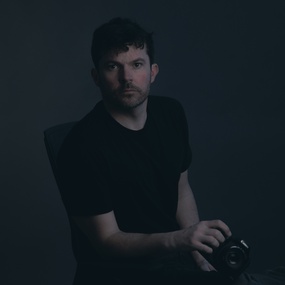 James Martin is an American photojournalist and the Senior Photographer at CNET News and CBS Interactive. James began his career in commercial photographer in California in the early 2000s before turning full-time to photojournalism, first with newspapers and print publications, then to digital media with CNET and CBS Interactive in San Francisco. Over the past 15 years, James has worked up close with covering every major American technology company to emerge from Silicon Valley and beyond, including Apple, Google, Facebook, and Amazon, and the modern culture surrounding the adoption of these technologies and how they impact our world. From photo features to intimate portraits, and behind-the-scenes looks at the people, companies, culture, and technology changing our world, James has traveled on assignment and worked throughout the United States, Europe, and Africa, including time inside documenting the refugee crisis on the shores of Greece in 2016, stories of landmine removal in Angola and healthcare in Rwanda. Exhibited widely and syndicated and reprinted thousands of times, over the years, he has extensively explored the stories of the people and places behind our changing world. A creative director, photo editor, and photojournalist, in addition to his 10 years at CNET and CBS Interactive shooting for publications including CNET, ZDNet, TechRepublic, Last.FM, and TV.com., James has been published in The New Yorker, CNN, CBS News, and Bloomberg. He is currently based in San Francisco, California.

Photography to function both as documentary storytelling and to be appreciated as pure art.