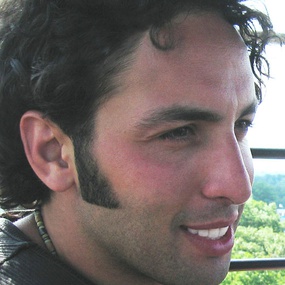 Frank Anselmo’s creative work has won every prestigious, global award including: One Show Gold Pencils, ADC, Clios & Andy Golds, as well as Cannes Lions & D&AD. Anselmo got his start as a creative at BBDO New York where he won BBDO’s first ever One Show Gold Pencil for an unconventional media concept. Frank has since worked on projects at over 20 companies including most recently at Apple headquarters in Cupertino, California. The Unconventional Advertising program Anselmo founded at The School of Visual Arts in 2006 is globally recognized as “The most awarded ad class in history”. Frank’s class has led SVA to the prestigious ADC School of the Year award three years in a row. Anselmo’s students have also won more One Show Pencils than any entire school in history. In fact, last year his class single-handedly won 7 of the total 14 pencils awarded in the world for the main brief–making it the first time in the show’s history that a single class won 50% of the competition’s awards. Since 2006, the work from Frank’s Unconventional Advertising classes have graced more pages of Graphis New Talent Annuals than any other instructor’s in the world.