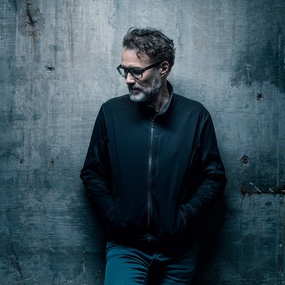 After 15 years in the advertising world as a writer, art director and designer, Christopher Wilson jumped off a cliff in 2005 to start christopherWILSONphotography. As an advertising creative, Christopher created a vast portfolio of powerful branding communications for some of the most recognized luxury brands on the planet, including Audi, Infiniti, Jaguar, Nikon, Johnnie Walker and Ritz-Carlton to name only a very few. Now Christopher is bringing all that experience and passion to his photography – and it shows. In a few short years, Christopher leapt from agency creative to global photographer, shooting for an assortment of clients including Fiat, BMW, Ritz-Carlton, Morgan Stanley, Ford, and NASCAR, and in just about every country on the planet it seems – New Zealand, India, Singapore, South Africa, Ethiopia, Rwanda, Morocco, United Arab Emirates, Brazil, England, you name it, he’s probably shot there. It’s been crazy, but good crazy, he says. Before his jump into being a commercial photographer, Christopher was the Creative Director on Audi at McKinney + Silver in Raleigh, North Carolina. During his four-year tenure there, he was responsible for some of the most beautiful and compelling work Audi has ever done. Before that, he was a creative at Martin/Williams in Minneapolis, Minnesota. He was there for 11 years, and although it was cold most of the time, Christopher still managed to become one of the hottest Creatives in town. Before that, he was a ballet dancer. He danced 8 hours a day, made no money, survived on bread and coffee, lost 20 pounds he didn't have, looked like hell and broke his ankle twice. What an idiot. Before that, he was at Dartmouth College where he studied Ancient Greek, Latin and Italian Literature. Good stuff to know, he says, if you ever want to work in the Vatican. He is an obsessed mountain biker and enters races whenever he can, which is never because he is too busy working and taking care of his two beautiful daughters, Celia and Raney, by far the best things he has ever created. His wife, Cathy, lives in the center of his heart. Christopher Wilson is forever looking to create work that is as inspiring as his children are, and is as moving and powerful as his wife is.