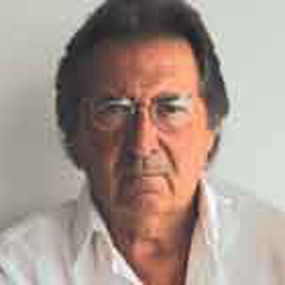 Amil Gargano is the co-founder of Carl Ally Advertising, Inc. and its successor agency, Ally & Gargano — arguably the most successful ad agency of the last half of the 20th Century. Along with Carl Ally, the pair became known for their aggressive advertising style by producing groundbreaking campaigns for companies like Volvo, Hertz, Federal Express, Vespa and IBM. Amil was born on June 4, 1932 in Detroit, Michigan. He began his formal art education at age nine when his elementary art schoolteacher encouraged his parents to send him to an art school in Detroit for exceptionally talented children. He continued his art education as Cass Technical School, Wayne University and the Society of Arts & Crafts. And after his service as a combat infantryman in Korea, Amil entered the postgraduate school Cranbrook Academy of Art, in Cloomfield Hills, Michigan. In 1955, he began his professional career as an assistant art director at Campbell-Ewald Advertising in Detroit. In 1959, he moved to New York to further his career opportunities. In the summer of 1962, Amil joined Carl Ally Advertising, which became the famed ad firm more commonly known as Ally & Gargano. Amil served as Chief Creative Officer for 24 years. For many years he has lectured on marketing and advertising at numerous universities. As visiting professor at Syracuse University, he taught for 25 years in the Independent Study Master of Arts Degree Program. In 1992, the Museum of Modern Art acquired his design and advertising work. In 2001, after 45 years in advertising, Amil closed the agency’s doors and relocated to a studio in the Tribeca area of New York where he devoted his full time to writing and designing a book on the agency’s award-winning work. The book, now nearing completion, is a detailed 24-year case study of the unusually successful advertising created at Ally & Gargano.

Under Amil’s leadership, the agency’s billing quadrupled. In 1981, Ally & Gargano was named Agency of the Year. In 1982, Amil was inducted into the Art Directors Club Hall of Fame. Two years later he was inducted into The One Club Creative Hall of Fame, along with Helmut Krone, Bob Gage, George Lois and Herb Lubalin. At the time, Amil was one of only six advertising art directors to have been elected into two creative halls of fame. In one-year alone he won a record five gold medals for one client from the One Club for Art & Copy. He was named to the board of the Smithsonian Institution’s newly formed Center for Advertising History in 1988, and later that year, was invited to join the advisory board for the Partnership for a Drug-Free America. In 1990, Amil was awarded a gold medal in Paris for a documentary film on blindness, which he wrote, produced and directed. Following the film’s release he accepted an invitation to join the Board of Trustees of Helen Keller International, and soon afterward, wrote and directed a documentary film for their new inner city education initiative called ChildSight.