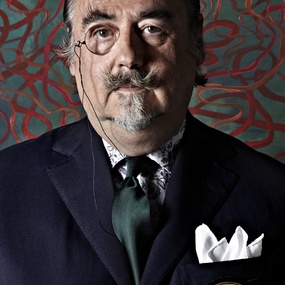 A selection of his work is part of the Permanent Collection at the Louvre Museum in Paris. (Les Arts Decoratifs)

Baccari studied Psychology at University of Padua in Italy, and Film at The New York Universityin U.S. He lives in Milano and New York.