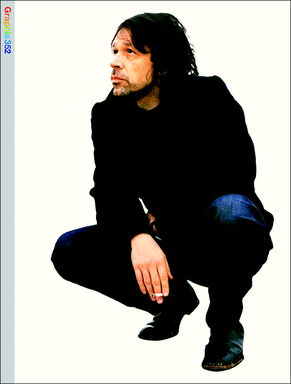 Refusing to toe the line is Peter Saville's greatest asset. One of design's most influential and flamboyant figures converses about how to pursue a creatively rewarding life while staying afloat financially. Welcome to the world according to Peter: a mix of shock-value, honest realism, and sincere passion for craft and ideas.

The West Coast independent agency and the American corporate icon par excellence have helped reshape the advertising medium in a two-decade long collaboration. Always on the lookout for the next big idea, they have taken risks, challenged conventions, and tackled an ever-fragmented mediascape, to ingrain a new life philosophy in millions of people's minds: Just Do It.

60 Martyn Thompson: The Element of Chance by Catharine Lumby

Commercial photography that has a soul and still life photography that pushes a story. Martyn Thompson continuously proves himself a master composition and heartwarming color--finding inspiration less in Caravaggio than from browsing junk shops and flea markets.

From an 18-year-old comic lover, Taschen became the maverick publisher known for his affordable multi-lingual one pound art compilations. From a reproduction of the Luther bible to the greatest hits from ‘60s nudist magazines, from heavyweight Muhammad Ali to Newton's oversize limited edition, Taschen's poised megalomania has paid off.

Peer into Edwin Vollebergh and Petra Janssen's live-in studio where they make designs that bespeak the human hand--an endangered species nowadays. Their striking yet light-hearted work shows that the next new design frontier is not technique but the manifestation of personal content.

110 Barton Myers: A Machine in the Wilderness by Michael Webb

"When the fog clears, you think you are in Greece," says Barton Myers about his California house. Between the local Spanish tradition and a return to his own roots, architect Myers created a zone of tranquility at the head of a canyon in Montecito. The hillside, the creek, and the live oaks are just as much part of the house's interior as they are part of its surroundings.

Abstracting architectural forms and notions into highly graphic images is one of Gericke's most admirable strengths. Pentagram partner, Gericke's signature style involves especial attention to material--texture, scale, and mass--and a deep understanding of the marriage of word and image.