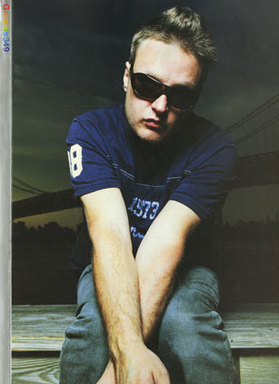 18 Fabien Baron: About this notion of honesty—Part II Interview by Christopher Mount
Constructing our visual culture is nothing new to Fabien Baron. From the world of art direction and photography (see Graphis #344), he delves into furniture and interiors, guided by what is most important to him: honesty, purity, and simplicity. His modernist aesthetics and admiration for the Bauhaus shape his journey toward a desired perfection.

After a period of creative and financial decline, Cole&Weber, part of the global Red Cell network, is enjoying a revival under the watch of creative director Guy Seese, who masters powerful and universal visuals. The creator of billboards that no one wants to take down is emerging from the West coast fleet agencies.

Instead of money and marketing, creativity and perfection run the business of this Canadian no-animal Cirque. The circus finds its success not only in a round-the-clock creative powerhouse, its inspiration from cultures around the globe, but from talented costume designers such as Eiko Ishioka who, with the recent Varekai show, made the stage their kingdom.

Dazed & Confused is no longer just photographer and publisher Rankin's state of mind who, at the age of 36, considers himself ancient, it is a piece of British punk, pop culture that has redefined what underground zines are all about, with sensational style and playful chic. In search of "Another magazine," Rankin talks about his success story and his approach to portrait photography.

In the space between real and imaginary, past and present, lies Awazu's art. Through theater, film, writing, and directing, Awazu creates visions in which traditional opposites cease to function as such. From turtles to psysiognomic forms superimposed with Kanji characters, his symbolism redefines the act od "seeing."

112 Bridget de Socio: God is in the Bit Streams Interview by Paola Antonelli

Would you be surprised if de Socio were to say: "design" and "desire" have the same etymological roots? As she perceives herself as an agent in charge of motivating desire, she studies the innermost reasons for commerce, while giving her characters a new path to the public's mind. Behind her eclectic, sexy and innovative oeuvre, is a thoughtful woman who speaks fast and with passion, about anything—from graphic design to semiology, religion to the end of democracy. Your head will spin.

U.S. Stamps are miniature posters that make their way into every household in America. The time and creativity invested in their design, under a team of seven art directors, an advisory committee, subcommittees and popular requests asking for Elvis on the 37¢ stamp, is what turns these little artistic monuments into pieces of history.