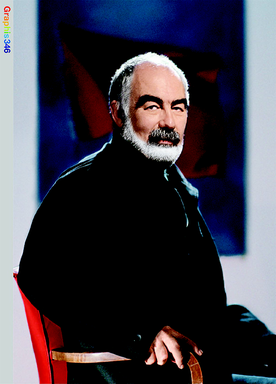 The modern Celt thinks with his hand with versatile techniques and striking imagery; Le Quernec's posters are manifestos for political consciousness.

44 Fallon Worldwide: No Pain, No Gain By Anthony Vagnoni

Pat Fallon has dreams but embraces principles. From print to film, he challenges his growing global empire, dubbed "creativity company," to relentlessly redefine what advertising is all about.

80 The Bouroullec: A creative dialogue between two radical modernes By Chloe Braunstein

The two brothers have spearheaded a new French wave of design. In 2004, a MOCA exhibition will open, celebrating their timeless flair.