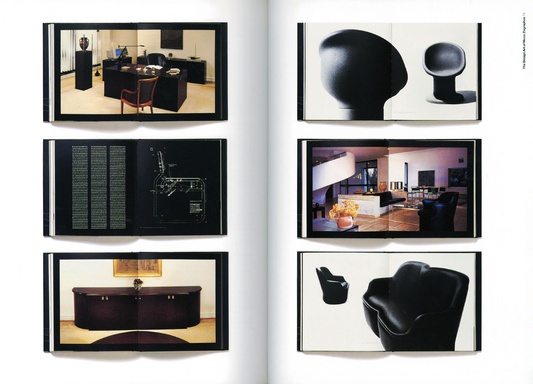 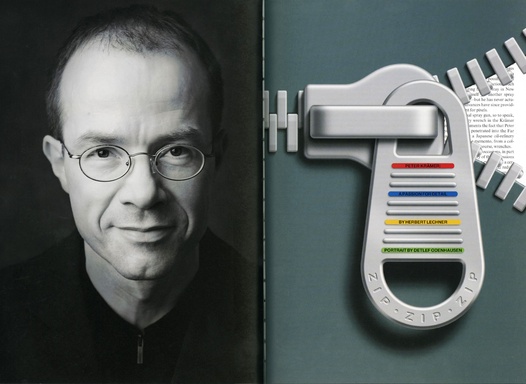 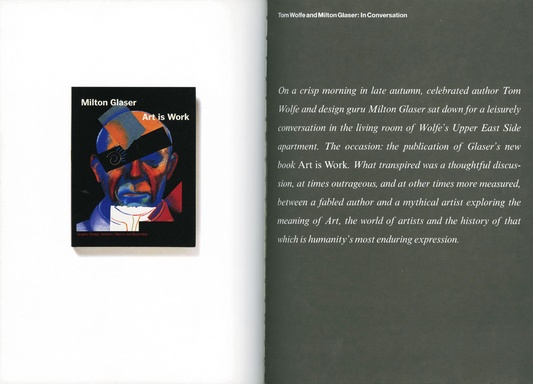 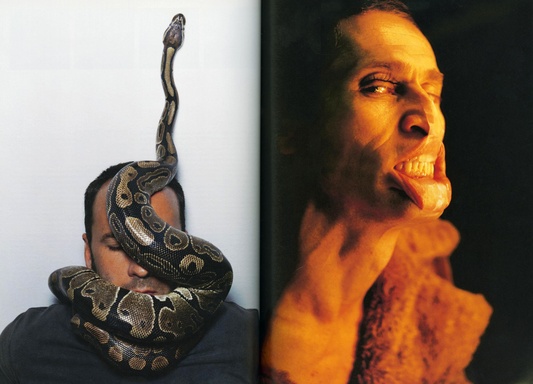 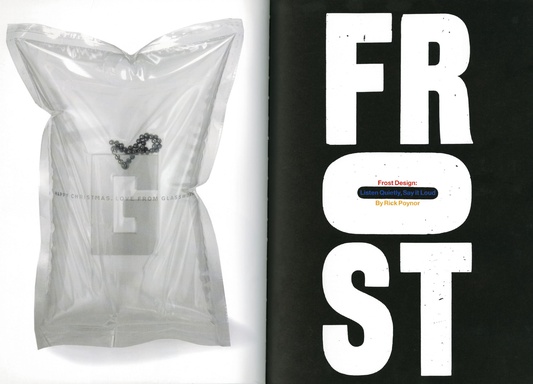 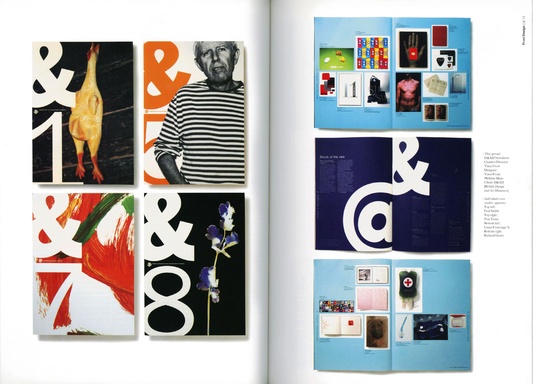 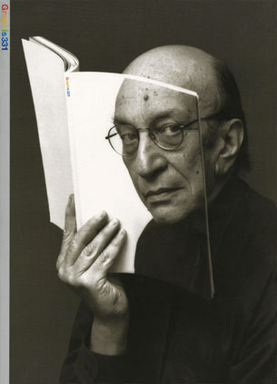 10 Photographs by Snowden: A Retrospective Reviewed by Iana Simeonov

10 China: The Photographs of Lois Conner Reviewed by Andrea Birnbaum

14 Frost Design: Listen Quietly Say It Loud By Rick Poynor
This leading UK design firm—responsible for, among others, the art direction and design of Big magazine—discusses the trends that have driven them to success.

30 Curiosity: More Than Satisfied By Maggie Kinser-Saiki
Having completed four stores for Issey Miyake and a healthy assortment of products in just under two years, this Tokyo design duo is on a fast track with fresh inspiration.

58 KesselsKramer: Be Daring or Invisible By Tracy Metz
In the heart of Netherlands, this guerrilla-style ad agency has earned a spot at the top by going the other route in search of advertising’s version of redemption.

80 Peter Krämer: A Passion for Detail By Herbert Lechner
Hyper-realist and champion of the everyday, Krämer’s intricate illustrations reveal the wealth of all things small in the world that surrounds us.

106 Rialto Giovanni de Faccio and Lui Karner, of the Austrian firm dType, created a typeface combining the functionality of Roman letters and the elegance of Italic.