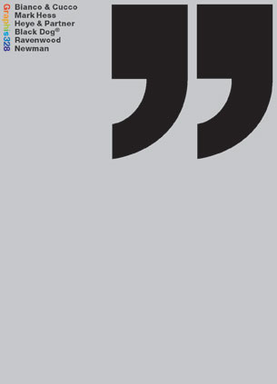 12 The 100th Show vs. Trigger Reviewed by Ken Coupland

16 The Design Business, Education and Preparing for the Future

40 Mark Hess: In His Own Right By Stuart Frolick
Inheriting his father's mantle, Mark Hess emerges as a top-notch illustrator in an increasingly difficult profession.

56 BlackDog: Making His Marks By Hans Kaspar von Schönfels
These German giants materialize campaigns out of this air, boost profits worldwide, and elevate their company to 17th in Germany for total billings.

84 Arnold Schwartzman By Jack Crager
Initially planned as a quaint getaway spot, Jim Brandenburg's cabin in the woods has become an architectural showcase.