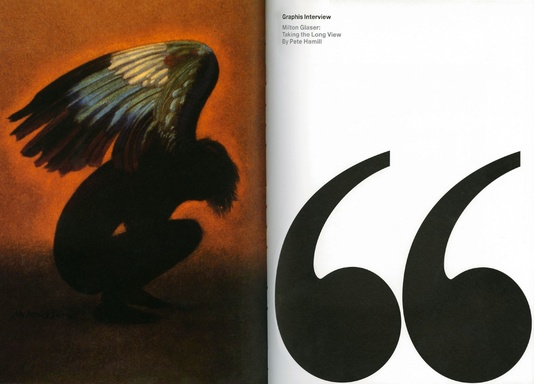 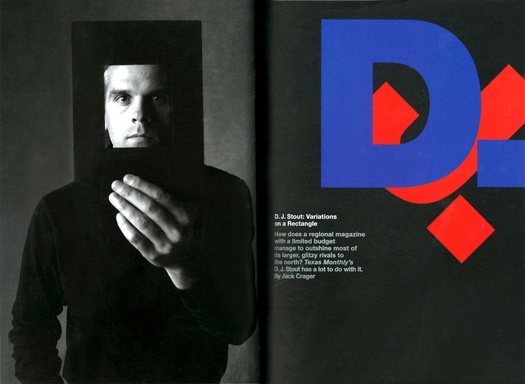 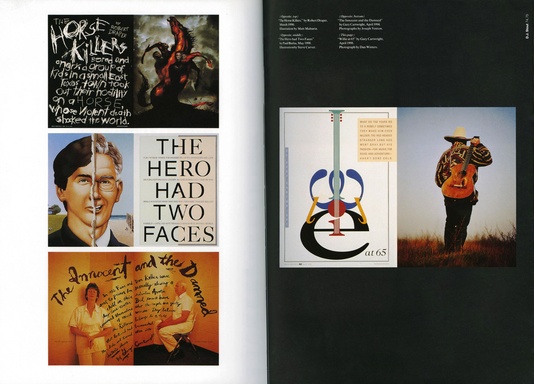 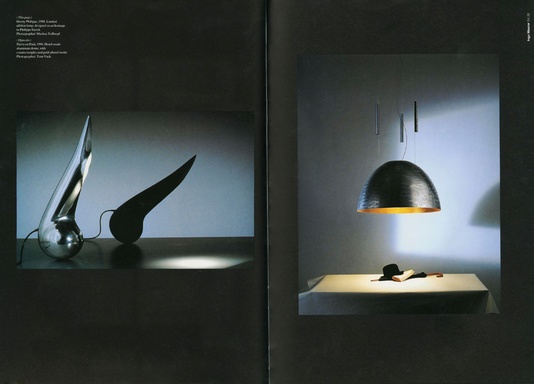 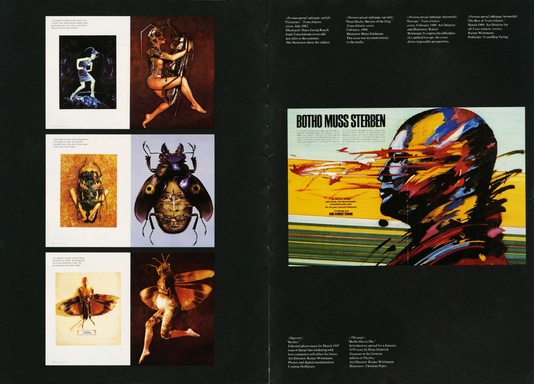 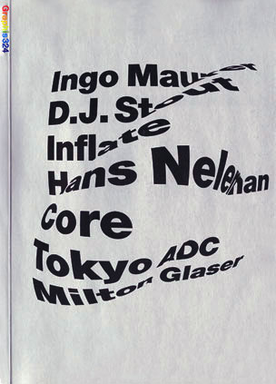 22 Inflate: Wit, Whimsy, and the Entrepreneurial Spirit
What began as a student project, done simply to keep London's Nick Crosbie from flunking out of college, is now a booming business, featuring a range of inflatable products. By Jan Burney

30 Core's Enfant Terrible
Eric Tilford, creative director of a hot, young agency in St. Louis, has contempt for just about everyone and everything in advertising. Is he right, or is it just time for him to grow up? By Warren Berger

44 Ingo Maurer: The Universal Language of Light
Driven by his own insecurities and a deep and abiding fear of failure, the Munich-based lighting master is still driven by the same passions that catapulted him to fame more than thirty years ago. By Michael Webb

66 D.J. Stout: Variations on a Rectangle
The art director of Texas Monthly is given an unusual amount of creative freedom, and he has used it to produce one of the most innovative and graphically beautiful magazines in America. By Jack Crager

82 The Tokyo ADC and the Decline of Pure Design
The future of Japanese design is uncertain, as young designers abandon traditional modes of communication and old masters question the methods of these high-tech upstarts. By Maggie Kinser Saiki