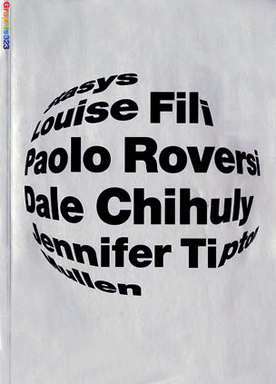 14 An American Century of Photography Reviewed by Lyle Rexer

16 Manifesto for a New Millennium By Rick Poynor

22 Stasys: Giving Flight to a Restless Imagination
Poland's Renissance man is a creative spirit so restless that when one of his art forms threatens to become obsolete, he simply moves on and masters another one. By Siegfried Mortkowitz

52 Paolo Roversi: The Bright Side of Planet Fashion
Grungy is In, beautiful is Out. The Paris-based Roversi is one of fashion photography's romantic dissidents. An artist with nerve enough to buck the trends, working in the trendiest world of all. By Prosper Keating

68 Mullen: Ready to Burst Through
Begun as a one-man operation, founded by a case of mistaken identity, this Boston-area shop has experienced double-digit growth in twenty-eight of its thirty years in the advertising business. By Ken Shulman

84 Dale Chihuly, Glass Artist/CEO
The undisputed leader of what was once a laid-back, noncommercial arts movement, Chihuly is today one of the most famous artists in the world, overseeing a hug Seattle-based operation that's now (at least for him) anything but hands-on. By Fred Moody

102 Julian Allen: Last of the Reporter-Artists By Véronique Vienne