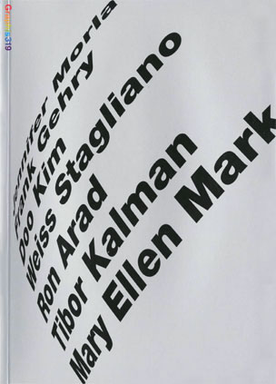 4 Letter from the Editor

9 Design Without Boundaries By Ric Grefé

9 The Theater Posters of James McMullan By Peter Jaskowiak

14 The Great Type Debate Rages On By Rick Poynor

22 Jennifer Morla: Any Way, Shape, or Form By Ken Coupland
She's the creative force behind Morla Design, with clients ranging from Levi's jeans to vineyards to alternative arts spaces. And that's just the beginning for this highly versatile designer, teacher, painter, and mother of two.

38 Doo Kim Internationalizes Corporate Korea By Michael Kaplan
Although the field of corporate identities is barely thirty years old in Korea, this Seoul-based firm is an industry leader, with elegant solutions that look both classic and global.

50 Frank Gehry's Wonder Years By Tracie Rozhon
Frank Gehry is not resting on his laurels. In fact, he doesn't even seem to notice them. The celebrated architect just keeps doing what he's always done—create great buildings.

64 Weiss Stagliano Partners: Confronting Reality Head On By Warren Berger
Marty Weiss may be too nice for advertising. He lacks the hype and push of a pitchman. What he doesn't lack is talent.

78 Ron Arad: Bending All the Rules By Edna Goldstaub-Dainotto
His works are undeniably unique, but are they pieces of sculpture masquerading as design objects, or the other way around?

100 Mary Ellen Mark: The Power of Empathy By Mindy Aloff
She tells people's stories by getting them to simply be themselves. Yet her photographs, even after repeated viewing, never lose their power to haunt and move.