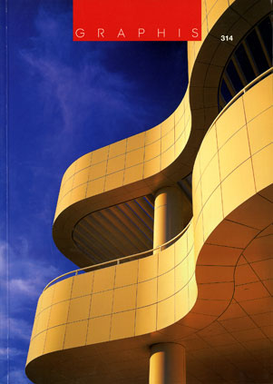 7 Contributors to this Issue

28 Les Ateliers du Nord: Jeker and Company
One of Switzerland's leading graphic designers teams up with a pair of enterprising industrial designers to produce everything from products to posters. By Gordon Adler

40 Richard Meier: Leaving Los Angeles
Twelve years after winning the commission of a lifetime-with the museum now complete and his work done-architect Richard Meier faces life after the Getty. By Alexandra Lange

56 Gaetano Pesce: No Patience for the Past
As a source of inspiration, Pesce's distaste for the past is matched only by his outspoken contempt for contemporary design and architecture. By Edna Goldstaub-Dainotto

66 Miho: Design Odyssey
His current position as a design mentor for the Samsung Corporation in South Korea is merely the latest stop in a brilliant 40-year career as designer and educator. By Stuart I. Frolick

76 Burce Mau: Book Maker
The book is alive and well. But for this Canadian designer, the challenge is a profound one-to reinvent the book in the face of technologies which threaten to overwhelm it. By Ken Coupland

146 The Creative Club of Belgium