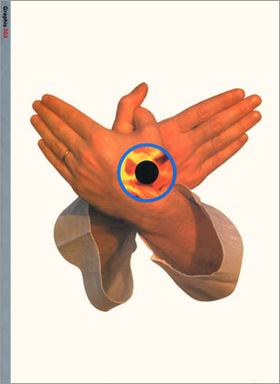 15 New Media:
Students build Businesses of the Future in Cyberspace.

The Metaverse is coming! By Ken Coupland

Gadget: Multimedia in the realm of storytelling, by Paolo Polledri

24 Infoscape: Billboard-on-wheels
The iconography of Nascar vehicles go beyond any normal idea of how much raw optical data a car should carry, by Steven Holt and Gregory Hom of Frogdesign

44 The Resonance of Simplicity:
England's Lewis Moberly has gained success through a simplicity - no flash, no frills, just clarity and all the information you need. By Jan Burney

54 Sagmeister's Perfect Visual Pitch:
Described as more of an inventor than a designer, Stefan Sagmeister opens doors on our understanding of what graphic design can be. By Leslie Sherr

66 The Vision from Down Under:
John Nowland Design has helped escalate Australian graphic design, virtually unknown in the 1970s, to the equal of any country today. By Lance Campbell

86 Haase & Knels' Remote Intimacy:
While Germany's Haase & Knels claim they have no guiding principles, they continually uphold a basic one: communication. By Franz Cesarz

96 A Handshake and a Passing:
Graphis co-founder Walter Herdeg leaves a legacy of inspiration and encouragement to the community that he served over half a century. By B. Martin Pedersen