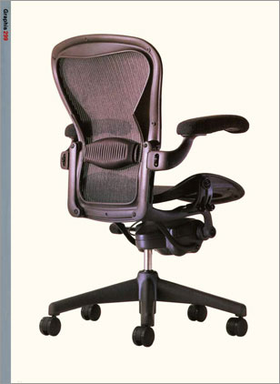 34 Giving Buyers What They Want:
How Knoll, Sony, Microspft, Chrysler, and other corporations are transforming user research into profits. By Joshua Mills and Adam Bryant

42 Furnishing the Evolving Office:
Herman Miller Inc.'s sales, now at $1billion annually, have been built upon the company's design-driven philosophy. By Beverly Russell

52 Apple Redesigns Itself Again:
Following its ups and downs in the marketplace, Apple again raises the ante in the computer-design world. By Paul Kunkel

60 The Right Item at the Right Time:
The Swiss Army knife is an icon. The Swiss Army watch is an upstart-with sales going from zero to $65 million in five years. By Jack Crager

66 Sega and the Video Game Wars:
The climate that made it a success is forcing Sega to run just to keep up-and creating extra work for Goody, Silverstein & Partners. By Ken Coupland

72 Ergonomics From the Inside Out

80 Shedding Light O'Er the Globe:
Klaus Maack created the innovative ERCO Light Factory on the theory that "light is different from what is used to be." By Klaus Leuschel

86 The Business of Creating Logos:
As the "entry point" of a given name brand, the logo presents unique challenges to its designers. By Warren Berger