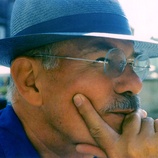 He was born 1940 in Hamburg, Germany and apprenticed in color lithography from 1957 to 1961. In 1961 and ‘62 he studied in the Works School of Art and from 1962 to 1966 he attended the University of Formative Art in Hamburg. He started to work as a freelance graphik designer 1n 1966. 1966/70 and 1984/85 he was a guest professor at the Work School of Art. 1994: Appointment for professor of visual communication at University of Arts, Berlin. Matthies realized lectures and workshops for Students at academies and universities for design and art in 15 different countries. He was member of jury at the International Poster Biennial in Warsaw and the triennials in Lachti, Colorado, Toyama, Berlin, Hongkong, Chaumont and Essen. His achievements of posters has grained recognition worldwide. In the past he has held single poster exhibitions in Warsaw, New York, Washington, Madrid, Barcelona, Budapest, Peking, Suzhou, Tokyo, Osaka, Damaskus, Amman, Kairo, Kopenhagen, Teheran, Chaumont, Bremen, Berlin, Hannover, Singapur, Kiel, Gütersloh, Pforzheim, Essen, Hamburg, Shanghai, Shenzhen. He has won numerous awards and prices including Gold Medal from German Poster Museum in Essen (1976), Gold Medal from International Poster Exhibition in Warsaw (1980), the Edwin-Scharff-Price from Hamburg City, and Bronze Medal fom the International Poster Competition in Colorado(1981), the first price of the graphic designers for poster design exhibition of Japan, (Tokyo 1982), Silver Medal from New York Art Directors Club ((1987), and the Henry de Toulouse-Lautrec Gold Medal at the Triennale of the German Poster Museum in Essen (1990). The second time he won Gold Medal in Warsaw (1990). 1993 Merrit Award from New York Art Directors Club, 1994 Silver Medal from International Poster Exhibition in Brno, 2000 Silver Medal from Sexta Bienal International Cartel en Mexico, 2001 Silver Medal from Hongkong International Poster Triennial. In 2007 he won the Award Cultural of the fifteenth Colorado International Poster Exhibition. Matthies is member of A. G. I. (Alliance Graphique Internationale) and the Poster Society, New York and of the Freien Akademie der Künste in Hamburg.